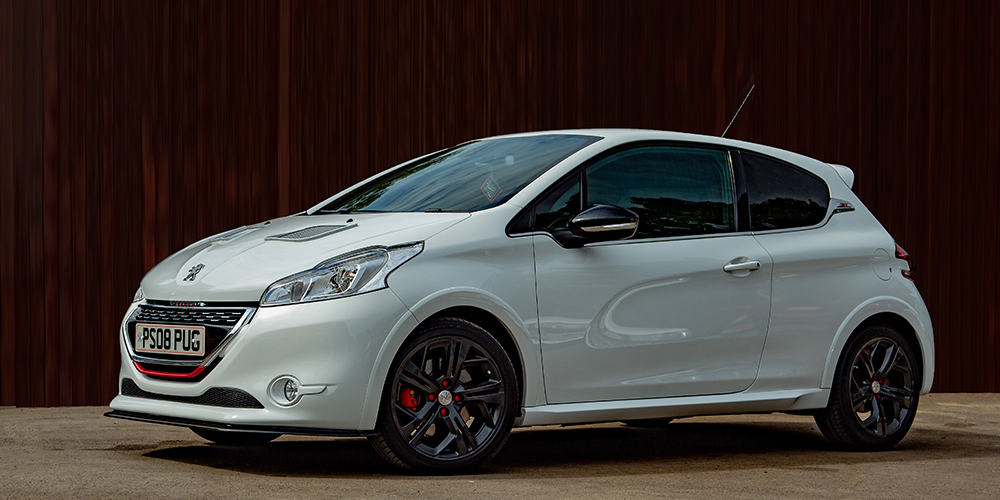 The Peugeot 208 is a supermini (B-segment in Europe) unveiled at the Geneva Motor Show in March 2012.  The first 208 models were three door hatchbacks produced in 2011, at the company’s new plant in Slovakia.  In June 2012, as five door hatchbacks became available, production of the 208 also commenced at Peugeot’s French plants at Mulhouse, and at Poissy.

The 208, developed under code name “A9”, is built on the PSA PF1 platform and the weight is to be reduced by 173kg (381lb) (110kg (243lb) on average) compared with the 207 and still offer more space than the predecessor.  The boot offers 285L (10cuft) (VDA) of space, 15L (1cuft) more than the 207, and the leg room in the rear seat increases 5cm (2in).  The design was led by Pierre Authier, with Sylvain Henry as exterior designer.  The interior design is by Adam Bazydlo, and the colour and trim are by Marie Sanou.  The car features a tablet computer like screen, and panoramic glass roof surrounded by LED lights.  The car is relatively aerodynamic with a drag coefficient, Cd, of 0.29.

All the petrol engines comply with the Euro 5 norm and the diesel engines have CO2 emissions of 99 g/km or lower.  In addition to the four cylinder petrol engines carried over from the previous model, from September 2012, the 208 has been offered with two new three cylinder units with variable valve timing – the 1.0 VTi (68hp) and 1.2 VTi (82hp).

This first GTi model has since been replaced by the 208 GTi by PeugeotSport which is directly derived from the limited edition ’30ème Anniversaire Edition’ which put out 208 bhp with revised suspension and an optional two-tone paint job, along with a facelift of the original bumpers and other small changes.  The GTi’s Prince engine is shared with the Mini and various Citroëns.